Warning: "continue" targeting switch is equivalent to "break". Did you mean to use "continue 2"? in /homepages/1/d180833253/htdocs/naturalth/wp-content/plugins/revslider/includes/operations.class.php on line 2758

Warning: "continue" targeting switch is equivalent to "break". Did you mean to use "continue 2"? in /homepages/1/d180833253/htdocs/naturalth/wp-content/plugins/revslider/includes/operations.class.php on line 2762

Selfies from the sky made simple by Yuneec Breeze

The Yuneec Breeze perfect for people who want a camera drone for aerial photos and video, but have almost no interest in actually piloting a drone.

With little more than some taps on your phone’s screen, you can put the Breeze in the air and have it perform a handful of automated camera moves to grab photos and video clips of you and your friends and family. Then you just download them to your phone, edit, and share – all from within the drone’s app.

You can also fly it around manually with onscreen controls if you want to get specific aerial shots, but the range is limited to a maximum height of 80 meters (262.5 feet) and a maximum distance of 100 meters (328.1 feet). Flight times tap out at 12 minutes, so you won’t want to fly it too far away from you anyway.

The Breeze is not a toy, though. Its price tag pretty much quells that notion: $500 in the US and AU$700 or £450 in Australia and the UK, respectively. It’s not for racing around, either, and it’s also not going to compete with something like the DJI Phantom 3 Standard, which is priced similarly, but has a better camera stabilized with a three-axis gimbal and far greater range and capabilities. 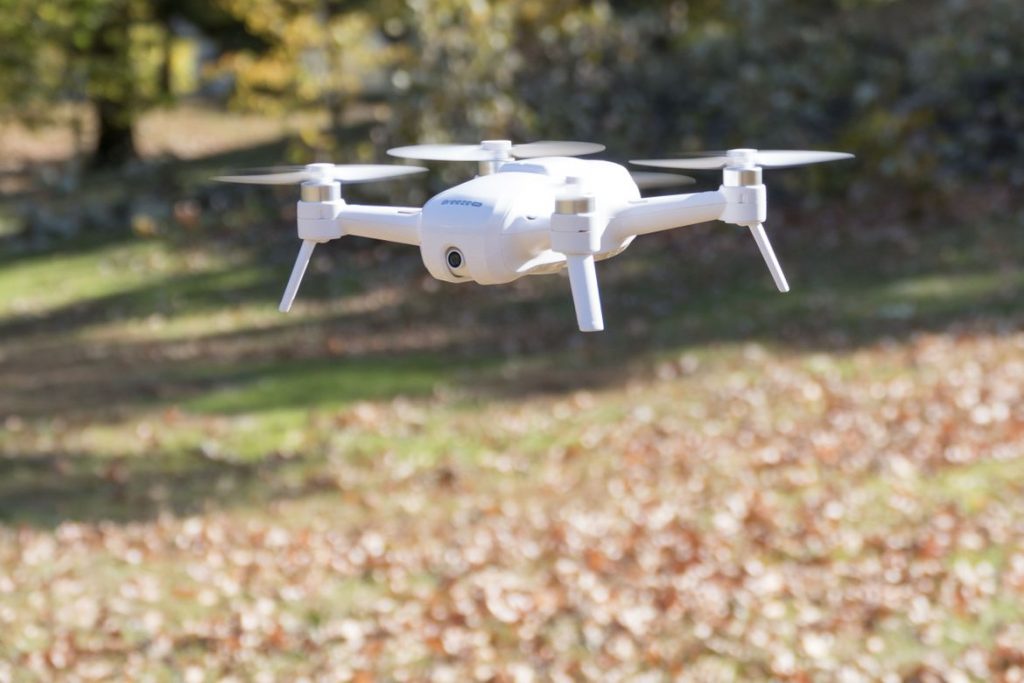 However, the DJI isn’t going to slip into a shoulder bag or backpack and is not nearly as discreet as the Breeze. It’s basically a point-and-shoot camera attached to a flying robot — a selfie drone.

The mobile app, available for iOS and Android, is split into two sections: Tasks and Gallery. Tap on Tasks and you’re given five options to choose from: Pilot, Selfie, Orbit, Journey and Follow Me. The pilot has the manual controls for flying around the way any other drone would with a regular controller. However, the Breeze is designed to have the camera pointed at you and not away from you like other camera drones, so the controls are reversed. (An onscreen toggle quickly switches this to what experienced pilots would consider normal.)

Selfie mode takes away the traditional stick controls and uses sliders instead to get the camera into just the right position for your photo or video. Orbit lets you set up the Breeze to automatically circle you or another subject, while Journey sets the copter to fly away from you and back again using the camera’s angle to calculate its trajectory.

Follow Me uses GPS and your phone to track you and follow you around. If you’re close to the drone, the movements can be jerky. In my experience, the best way to use this is to have it fly over top of you or from behind with it far away to take advantage of the camera’s wide-angle lens.

The Breeze performed really well overall and each mode has instructions for how to use it, so you’re never left guessing how to set up your shots. And when you get the video or photo you’re after, you can tap back out of Tasks and head to the Gallery for editing and sharing. 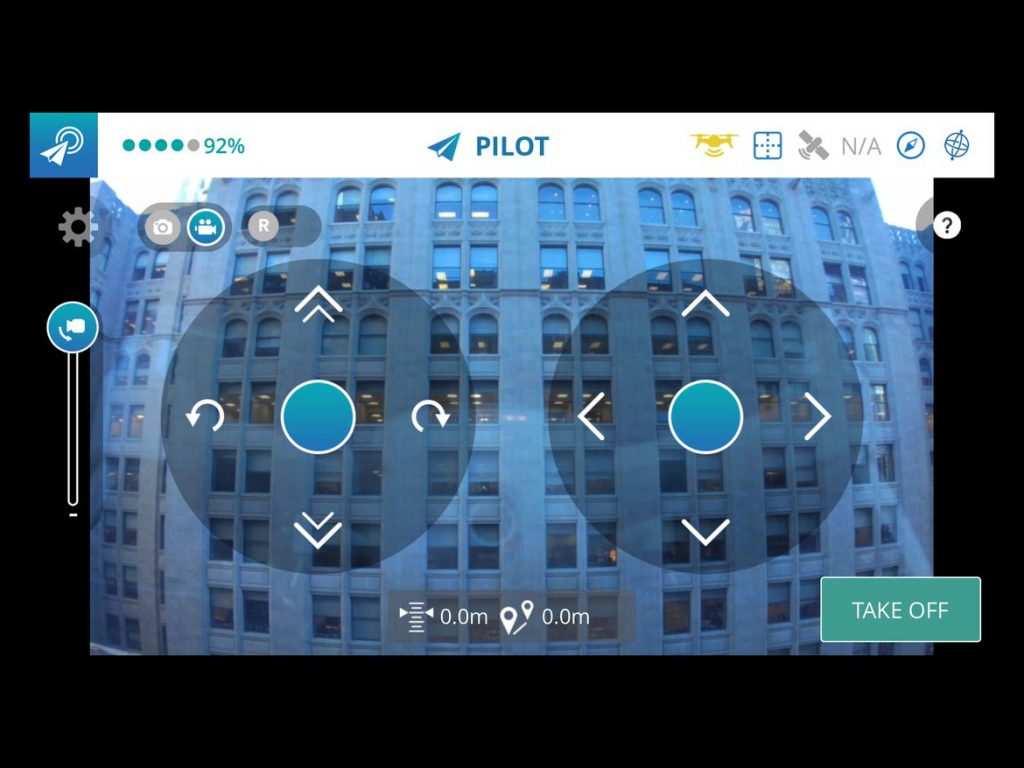 If you’re used to the smooth, stabilized aerial video from drones with cameras on motorized gimbals, you’re likely going to be disappointed by the Breeze’s video or at least its 4K-resolution video. Other than some vibration dampeners in the body there is nothing to stabilize the video at its highest resolution, 2160p at 30fps, so the slightest wind or drone movements cause shake and jerkiness in videos.

Drop down to 1080p at 30fps or 720p at 60fps, though, and you get digital image stabilization that works pretty well. It won’t take out all movement, but even in high winds the video looked fairly stable. It is no replacement for a gimbal, but as long as the drone is performing one of its automated moves or you’re just flying it, it looks good. At least good enough to share on social or when viewed on a phone or tablet. The quality won’t blow people away, but the fact that it’s from a flying camera will.

And really, that’s what the Breeze is all about: getting a great aerial shot of you and your friends to share online so that people can view it on their phones or tablets.

Added to wishlistRemoved from wishlist 0
Add to compare

he little Yuneec Breeze 4K makes shooting and sharing aerial selfies a snap. But those looking to really pilot a drone should keep looking.

PROS
CONS
User Rating: Be the first one!
SaveSavedRemoved 0

no comments
Deal of the day

Recompare is modern all in one price comparison and review theme with best solutions for affiliate marketing. This demo site is only for demonstration purposes. All images are copyrighted to their respective owners. All content cited is derived from their respective sources.

For customers
For vendors
Sign Up for Weekly Newsletter